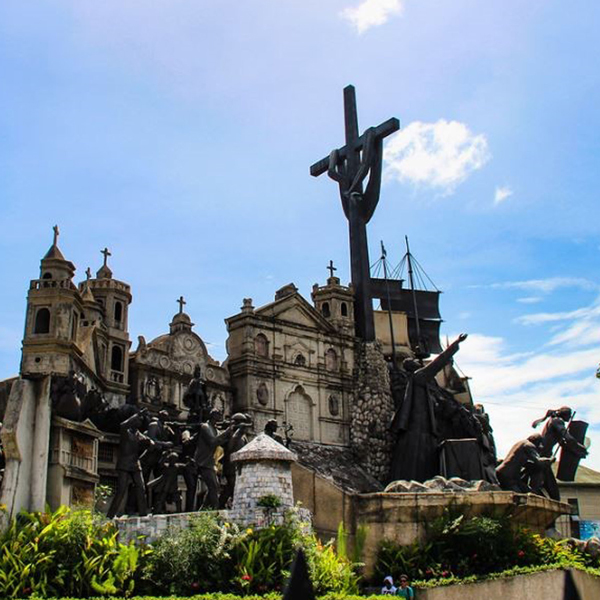 The Philippines has one of the fastest-growing economies in the world. Back in 2019, governing agencies such as the International Monetary Fund, Asian Development Bank, and the World Bank stated that the nation’s economy would grow faster compared to other neighboring countries like Indonesia, Malaysia, Thailand, and Vietnam.

The year 2020 will be no different—the country’s economy is expected to boom at a rate of 6.2% to 6.4%. This is just one of the many various reasons why businesses should invest in the country.

Thanks to growth drivers such as its vibrant tourism, the high employment rate for Business Process Outsourcing (BPOs), and proper government spending on construction, Cebu was able to attain an average GRDP of 6.8% for the past five years.

Here are five reasons why you should invest in Cebu.

Cebu is a great place to start or expand your operations since it hosts nine economic zones. Starting up a business here will be a lot easier thanks to incentives such as tax exemptions that can trim down your expenses and improve the bottom line. Over time, these economic zones will be filled with world-class organizations, so settling there early while prices are still affordable can be one of your best decisions.

One of the biggest contributing factors to Cebu’s growth is its construction boom. Since the demand for residential areas, commercial spaces, and office buildings has risen significantly, both the private sector and government agencies involved were driven to satisfy the area’s growing needs.

With no signs of slowing down, it’s expected that Cebu’s construction projects will pave the way for a stronger economy and more opportunities.

Other than being a center for trade and commerce, Cebu is also close to several popular tourist destinations such as Kawasan Falls and Oslob. The city is easily accessible by land, air, and sea that it’s turned into a gateway for tourism and has significantly contributed to the surge of local and foreign visitors in other neighboring areas.

As the oldest city in the country, it’s no surprise that Cebu also boasts a rich culture and history. Apart from fun activities, historical sites, and beautiful tourist spots, local cuisine and fashion have also contributed greatly to Cebu’s tourism revenue.

Now that it’s been designated as a UNESCO “Creative City,” its tourism rate is only expected to rise in the years to come. If you’re a business owner, you can align your marketing strategy with the city’s tourism efforts to attract customers effectively.

As Cebu is recognized as a tourist destination, one should also take note that the province is capturing the attention of global investors. When it comes to matters related to real estate, most people are hesitant to move to a location that can’t give them the comfort and convenience that a metropolitan area provides. But, thanks to its development, Cebu has been pegged as a perfect mix of the urban and the rural.

Real estate giants and other corporations are working non-stop to build residential and commercial spaces. Now that Cebu is can also provide the necessities that Metro Manila can, a touch of its provincial atmosphere has tagged it as one of the most livable areas in Asia.

Cebu City remains as the top city in Visayas in terms of searches in Lamudi, the leading real estate platform in the Philippines, as cited in its publication for 2019. The report noted that the growth of BPO industries fuels the Cebu’s economy and this encourages further investments for more office spaces as well as demand for horizontal and vertical developments close to prime locations such as the Cebu Business Park and Cebu IT Park.

Alongside India and Malaysia, the Philippines has established itself as one of the top outsourcing destinations in the world, and now, BPOs are expanding to Cebu after its success in Metro Manila. The city’s workforce is home to many impressive talents, and as of today, it also hosts several top companies that range from the IT sector up to the customer service industry.

According to the Q1 2019 Cebu property market report of Colliers International Philippines, the growth of BPO industries helped fuel the economy of Cebu and encouraged investments for the development of more office spaces. Investments in Cebu’s BPO and IT-related industries also fueled the demand for horizontal and vertical residential developments.

Cebu’s continuous development is expected for years to come. As its economy grows, more opportunities will eventually present themselves in one form or another. Whether you’re planning to start a business, expand your operations, or live outside the Metro, Cebu should definitely be one location on top of your list.